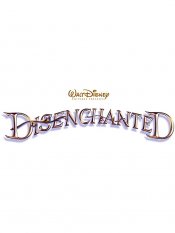 August 8, 2021 • Filming completed; editing of shot film; music composition and recordings, as well as sound and visual effects being added.

Set ten years after the first movie with Giselle finding herself questioning her happily ever after, and accidentally triggering events that make everyone's lives turn upside down in both the real world and in the animated kingdom of Andalasia.

Poll: Will you see Disenchanted?

"Transformers: Dark of the Moon" , "Enchanted"

"Licorice Pizza" , "The Mitchells vs. The Machines"

A look at the Disenchanted behind-the-scenes crew and production team. The film's director Adam Shankman last directed What Men Want and Rock of Ages. The film's writer David Stem last wrote The Smurfs and Shrek the Third.

Production: What we know about Disenchanted?

Will be starting production spring 2021.

Adam Shankman will direct after he shoots What Men Want in 2018.

Disney is hoping to get before cameras in summer 2017. Adam Shankman will direct.

Disenchanted Release Date: When is the film coming out?

Looking for more information on Disenchanted?