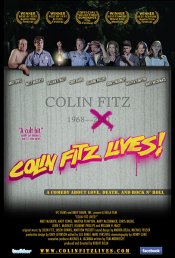 Two security guards, Paul and Grady, guard the grave of dead rock legend, Colin Fitz, on the fifth anniversary of his death.

A look at the Colin Fitz Lives! behind-the-scenes crew and production team.

Production: What we know about Colin Fitz Lives!

Shot in 1997 and shown at Sundance, but did not receive distribution until 2010

Colin Fitz Lives! Release Date: When was it released?

Colin Fitz Lives! was released in 2010 on Friday, August 6, 2010 (Limited release). There were 11 other movies released on the same date, including The Other Guys, Step Up 3D and Middle Men.