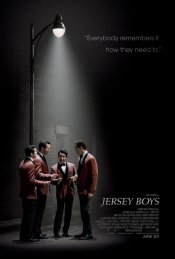 Poll: Will you see Jersey Boys?

A look at the Jersey Boys behind-the-scenes crew and production team. The film's director Jon Favreau last directed The Lion King and The Jungle Book.

Production: What we know about Jersey Boys

On or about November 2, 2012, the film was in Development status.

Jersey Boys Release Date: When was it released?

Jersey Boys was released in 2014 on Friday, June 20, 2014 (Nationwide release). There were 4 other movies released on the same date, including Think Like A Man Too, The Rover and Third Person.