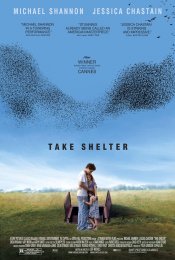 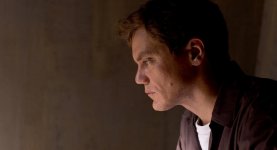 Chronicles a man's descent into madness. He fears an apocalyptic cloud he believes will engulf his town, and builds a storm shelter in his yard.

Poll: Will you see Take Shelter?

Production: What we know about Take Shelter

Take Shelter Release Date: When was it released?

Take Shelter was released in 2011 on Friday, September 30, 2011 (New York / Los Angeles release). There were 11 other movies released on the same date, including Courageous, What's Your Number? and 50/50.