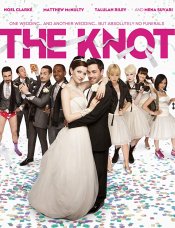 Follows the tale of a couple who are about to get married but see a series of mishaps, including missing bridesmaids and crashed cars, wreak havoc to their upcoming wedding day.

Poll: Will you see The Knot?

Production: What we know about The Knot?

The Knot Release Date: When was the film released?

The Knot was released in 2012 on Friday, October 5, 2012 (Limited release). There were 17 other movies released on the same date, including Taken 2, Frankenweenie and Butter.

Q&A Asked about The Knot

Looking for more information on The Knot?