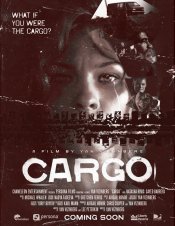 A young Russian woman, smuggled into America by human traffickers, and a notorious Egyptian transporter, hired to drive her from the Mexican border to New York City, form an unlikely bond that threatens to derail the traffickers’ plans.

Poll: Will you see Cargo?

A look at the Cargo behind-the-scenes crew and production team.

Production: What we know about Cargo?

Cargo Release Date: When was the film released?

Cargo was released in 2011 on Friday, October 21, 2011 (). There were 12 other movies released on the same date, including Paranormal Activity 3, Johnny English Reborn and The Three Musketeers.

Looking for more information on Cargo?