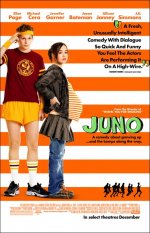 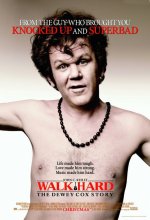 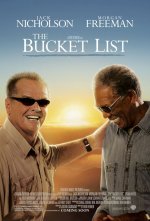 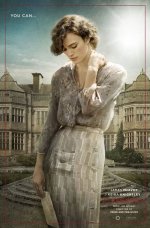 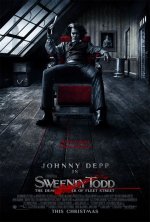 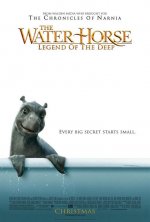 The Water Horse: Legend of the Deep 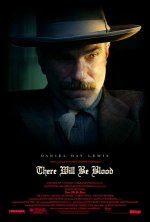 There Will Be Blood

In 1935, 13-year-old fledgling writer Briony Tallis (Saoirse Ronan) and her family live a life of wealth and privilege in their enormous mansion. On the warmest day of the year, the country estate takes on an unsettling hothouse atmosphere, stoking Briony's vivid imagination. Robbie Turner (James McAvoy), the educated son of the family's housekeeper, carries a torch for Briony's headstrong older sister Cecilia (Kiera Knightley). Cecilia, he hopes, has comparable feelings; all it will take is one spark for this relationship to combust. When it does, Briony - who has a crush on Robbie - is compelled to interfere, going so far as accusing Robbie of a crime he did not commit. Cecilia and Robbie declare their love for each other, but he is arrested - and with Briony bearing false witness, the course of three lives is changed forever. Briony continues to seek forgiveness for her childhood misdeed. Through a terrible and courageous act of imagination, she finds the path to her uncertain atonement, and to an understanding of the power of enduring love.
Keira Knightley, Joe Wright, James McAvoy, Paul Webster, Tim Bevan, Brenda Blethyn, Eric Fellner, Christopher Hampton
Drama
5 / 5
More Info Buy / Rent

Juno is a whip-smart teen confronting an unplanned pregnancy by her classmate Bleeker. With the help of her hot best friend Leah, Juno finds her unborn child a "perfect" set of parents: an affluent suburban couple, Mark and Vanessa, longing to adopt. Luckily, Juno has the total support of her parents as she faces some tough decisions, flirts with adulthood and ultimately figures out where she belongs.
Allison Janney, Jason Bateman, Diablo Cody, Michael Cera, J.K. Simmons, Rainn Wilson, Jennifer Garner, Ellen Page
Comedy
4 / 5
More Info Buy / Rent

Hotshot Las Vegas gambler Jake Green is rarely allowed to play in the casinos because he's a winner. Jake has taken in so much money, in fact, that he's the only client of his accountant and older brother, Billy. Jake, Billy and their other brother Joe are invited to sit in on a private game. Crime boss and casino owner, Dorothy Macha is sitting in on the game, too. Though he's a terrible player he always wins because people are scared to lose to him. Jake not only beats Dorothy but insults the man. Macha puts out a hit on Jake, but Jake ends up working for and being protected by a pair of brothers, Avi and Zack, who are out to take Dorothy down.
Jason Statham, Guy Ritchie, Ray Liotta, Vincent Pastore, Luc Besson, Marty Katz, Paul Todisco, Andre Benjamin
Drama Crime Gangster
4 / 5
More Info Buy / Rent

"Grace is Gone" is a heart-wrenching drama about a young father (John Cusack) whose soldier wife has just been killed in Iraq. Rather than tell his two daughters the news, he decides to take them on a cross-country road trip to an amusement park. The story was inspired by a similar trip the film's director James C. Strouse made with his older brother and his two children several years ago.
John Cusack, Paul Bernstein, James C. Strouse, Galt Niederhoffer, Daniela Taplin Lundbergh, Celine Rattray, Shelan O'Keefe, Gracie Bednarczyk
Drama
More Info Buy / Rent

An ad executive and a wannabe actress meet at a party. He has a broken marriage behind him and a girl friend too. She feels that she is the unappreciated reincarnation of Marilyn Monroe, and she is desperate to attain stardom by hook or crook. The film focuses on what happens in a span of 12 hours after the ad executive and the actress meet. The girl decides to trap the ad exec by inviting him to her home on the New Year's Eve. The two lock themselves inside the girl's room by throwing the key outside the room.
Krishna Pittie, Shekhar Suman, Perizaad Zorabian, Kim Sharma
Romance
More Info Buy / Rent

Alvin and the Chipmunks PG

Nancy is a divorced mother of three who is so busy raising her children that she's forgotten to take care of herself as well. With Christmas fast approaching, she decides to take her kids to the mall to meet Santa Claus, not knowing that her youngest daughter Emily has sensed her mother's sadness and is determined to use her time with Santa to make her mom happy again. Just a few days prior, Emily heard her mom say that all she wanted for Christmas was a compliment from a man, so that's exactly what she tells Santa. Ironically, Santa, as it turns out, is office supply salesman and struggling songwriter Benjamin, who ends up giving Nancy just what she wants for Christmas, and much, much more.
Gabrielle Union, Terrence Howard, Queen Latifah, Morris Chestnut, Shakim Compere, Charlie Murphy, Lance Rivera, Leifur B. Dagfinnsson
Drama Romance Family
5 / 5
More Info Buy / Rent

Robert Neville (Will Smith) is a brilliant scientist, but even he could not contain the terrible virus that was unstoppable, incurable...and manmade. Somehow immune, Neville is now the last human survivor in what is left of New York City...and maybe the world. But he is not alone. He is surrounded by "the Infected"--victims of the plague who have mutated into carnivorous beings who can only exist in the dark and who will devour or infect anyone or anything in their path. For three years, Neville has spent his days scavenging for food and supplies and faithfully sending out radio messages, desperate to find any other survivors who might be out there. All the while, the Infected lurk in the shadows, watching Neville's every move, waiting for him to make a fatal mistake. Perhaps mankind's last, best hope, Neville is driven by only one remaining mission: to find a way to reverse the effects of the virus using his own immune blood. But his blood is also what The Infected hunt, and Neville knows he is outnumbered and quickly running out of time.
Will Smith, Michael Tadross, Dana Goldberg, Francis Lawrence, David Heyman, Akiva Goldsman, Alice Braga, Dash Mihok
Action Adventure Fantasy Thriller Remake Sci-Fi
4 / 5
More Info Buy / Rent

Spanning from the final days of Afghanistan's monarchy to the atrocities of the Taliban reign, an epic tale of fathers and sons, of friendship and betrayal, an unlikely friendship develops between Amir, the son of a wealthy Afghan businessman, and Hassan, a servant to Amir and his father. During a kite-flying tournament, an unspeakable event changes the nature of their relationship forever. As an adult haunted by the childhood betrayal, Amir seeks redemption by returning to his war-torn native land to make peace with himself and reconcile his cowardice.
Marc Forster, Pippa Harris, David Benioff, William Horberg, Rebecca Yeldham, Paul Abbott, Khaled Hosseini, Shaun Toub
Drama
5 / 5
More Info Buy / Rent

America loves larger-than-life musician and songwriter Dewey Cox! But behind the music is the up-and-down-and-up-again story of a musician whose songs would change a nation. On his rock 'n roll spiral, Cox sleeps with 411 women, marries three times, has 22 kids and 14 stepkids, stars in his own 70s TV show, collects friends ranging from Elvis to the Beatles to a chimp, and gets addicted to - and then kicks - every drug known to man... but despite it all, Cox grows into a national icon and eventually earns the love of a good woman - longtime backup singer Darlene.
Kristen Wiig, Tim Meadows, Raymond J. Barry, Jake Kasdan, Judd Apatow, John C. Reilly, Lewis Morton, Jenna Fischer
Comedy Biography Musical
4 / 5
More Info Buy / Rent

Based on the true story of how Charlie Wilson, an alcoholic womanizer and Texas congressman, persuaded the CIA to train and arm resistance fighters in Afghanistan to fend off the Soviet Union. With the help of rogue CIA agent, Gust Avrakotos, the two men supplied money, training and a team of military experts that turned the ill-equipped Afghan freedom-fighters into a force that brought the Red Army to a stalemate. However, the result also empowered the Taliban and terrorists including Osama bin Laden.
Tom Hanks, John Orloff, Julia Roberts, Amy Adams, Gary Goetzman, George Crile, Aaron Sorkin, Philip Seymour Hoffman
Drama War Comedy Biography Adaptation
2 / 5
More Info Buy / Rent

Benjamin Barker, a man unjustly sent to prison by a lecherous judge, vows revenge, not only for that cruel punishment, but for the devastating consequences of what happened to his wife and daughter. When he returns to reopen his barber shop, Sweeney Todd becomes the Demon Barber of Fleet Street who shaved the heads of gentlemen who never thereafter were heard from again.
Johnny Depp, Tim Burton, Sacha Baron Cohen, Laurie MacDonald, John Logan, Helena Bonham Carter, Alan Rickman, Richard Zanuck
Drama Thriller Suspense
5 / 5
More Info Buy / Rent
Advertisement - scroll for more content

The Water Horse: Legend of the Deep PG

Set against the backdrop of the Jim Crow South and inspired by a true story, "The Great Debaters" chronicles the journey of a brilliant but volatile coach (Denzel Washington) who uses the power of words to shape a group of underdog students from a small, modest black college in East Texas into an elite debate team while challenging the social mores of the time, culminating with a groundbreaking invitation to debate Harvard's championship team.
Forest Whitaker, Todd Black, Denzel Washington, Joe Roth, Kimberly Elise, Nate Parker, Kate Forte, Robert Elise
Drama
More Info Buy / Rent

There Will Be Blood R

Set in the booming West coast oil fields at the turn of the 20th century, a tale that follows the rise of rugged prospector Daniel Plainview who becomes an independent oilman after hitting it rich with the strike of a lifetime. He realizes the American dream, and is destroyed by it.
Paul Dano, Joanne Sellar, Paul Thomas Anderson, Kevin J. O'Connor, Daniel Day-Lewis, Ciarán Hinds, Russell Harvard, Eric Schlosser
Drama Historical
4 / 5
More Info Buy / Rent