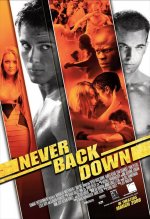 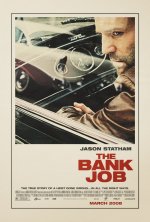 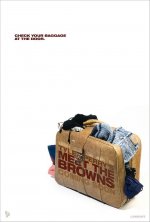 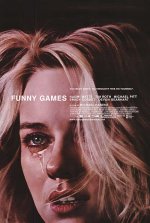 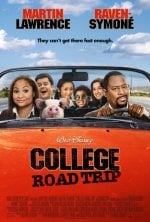 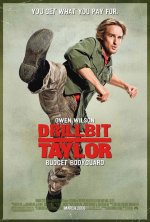 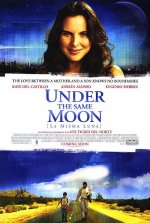 Under The Same Moon

Inspired by an extraordinary true event, "The Bank Job" is a highly-charged thriller which interweaves a heady combination of intrigue, danger and scandal in early ‘70s London. In September 1971, thieves tunneled into the vault of a bank in London's Baker Street and looted safe deposit boxes of cash and jewelry worth millions and millions of pounds. None of it was recovered. Nobody was ever arrested. The robbery made headlines for a few days and then suddenly disappeared - the result of a UK Government ‘D' Notice, gagging the press. This film reveals what was hidden in those boxes, involving murder, corruption and a sex scandal with links to the Royal Family - a story in which the thieves were the most innocent people involved.
Jason Statham, Alex Gartner, Stephen Campbell Moore, Roger Donaldson, Dick Clement, Daniel Mays, Colin Salmon, Craig Fairbrass
Action Crime Gangster
3 / 5
Info Buy / Rent

fter a young skateboarder accidentally kills a security guard in self-defense with his skateboard at Paranoid Park, he falls into a world of crime, guilt, and fear. He desperately attempts to get out as the investigation into the crime deepens.
Neil Kopp, Gus Van Sant, David Allan Cress, Gabe Nevins, Jake Miller, Taylor Momsen, Lauren McKinney, Daniel Lui
Thriller Teen
Info Buy / Rent

Choosing which college to attend can be the most exciting and thrilling time of a young woman's life...unless your overprotective father isn't quite ready to let you go. In the Disney family comedy, "College Road Trip," Melanie (Raven Symone) is eagerly looking forward to her first big step towards independence when she plans a "girls only" road trip to check out prospective universities. But when her overbearing police chief father (Martin Lawrence) insists on escorting her instead, she soon finds her dream trip has turned into a hilarious nightmare adventure full of comical misfortune and turmoil.
Martin Lawrence, Andrew Gunn, Will Sasso, Kristin Burr, Ken Daurio, LouAnne Brickhouse, Roger Kumble, Cinco Paul
Comedy Family
2 / 5
Info Buy / Rent

The film is set in the 1940s and tells the story of a married man who cheats on his wife. To spare her the shame of a divorce, he decides to kill her.
Steve Golin, Pierce Brosnan, Chris Cooper, Alix Madigan, Sidney Kimmel, Ira Sachs, Jawal Nga, Oren Moverman
Drama
Info Buy / Rent

Miss Pettigrew Lives for a Day

In 1939 London, Miss Guinevere Pettigrew is a middle-aged governess who finds herself once again unfairly dismissed from her job. Without so much as severance pay, Miss Pettigrew realizes that she must--for the first time in two decades--seize the day. This she does, by intercepting an employment assignment outside of her comfort level--as "social secretary." Arriving at a penthouse apartment for the interview, Miss Pettigrew is catapulted into the glamorous world and dizzying social whirl of an American actress and singer, Delysia Lafosse. Within minutes, Miss Pettigrew finds herself swept into a heady high-society milieu--and, within hours, living it up. Taking the "social secretary" designation to heart, she tries to help her new friend Delysia navigate a love life and career, both of which are complicated by the three men in Delysia's orbit; devoted pianist Michael, intimidating nightclub owner Nick, and impressionable junior impresario Phil. Miss Pettigrew herself is blushingly drawn to the gallant Joe, a successful designer who is tenuously engaged to haughty fashion maven Edythe--the one person who senses that the new "social secretary" may be out of her element, and schemes to undermine her. Over the next 24 hours, Guinevere and Delysia will empower each other to discover their romantic destinies.
Mark Strong, Ciaran Hinds, Amy Adams, Shirley Henderson, Bharat Nalluri, David Magee, Simon Beaufoy, Lee Pace
Drama Period
Info Buy / Rent

A prehistoric epic that depicts tribal life at the dawn of modern man and centers on a young mammoth hunter embarking on a journey through uncharted territory to secure the future of his dying tribe. In the process, he saves the one he loves.
Michael Wimer, Roland Emmerich, Harald Kloser, Camilla Bele, John Orloff, Steven Strait, Cliff Curtis, Marco Khan
Drama Historical
3 / 5
Info Buy / Rent
Advertisement - scroll for more content

Dr. Seuss' Horton Hears a Who

The imaginative elephant Horton hears a cry for help coming from a tiny speck of dust floating through the air. Suspecting there may be life on that speck and despite a surrounding community which thinks he has lost his mind, Horton is determined to help.
Jim Carrey, Steve Martino, Steve Carell, Dan Fogler, Seth Rogen, Ken Daurio, Carol Burnett, Amy Poehler
Comedy Family Kids Animation
4 / 5
Info Buy / Rent

In "Doomsday", a lethal virus spreads throughout a major country and kills hundreds of thousands. To contain the newly identified Reaper, the authorities brutally quarantine the country as it succumbs to fear and chaos. The literal walling-off works for three decades – until Reaper violently resurfaces in a major city. An elite group of specialists, including Eden Sinclair (Mitra), is urgently dispatched into the still-quarantined country to retrieve a cure by any means necessary. Shut off from the rest of the world, the unit must battle through a landscape that has become a waking nightmare.
Steven Paul, Benedict Carver, Neil Marshall, Rhona Mitra, Bob Hoskins, Adrian Lester, Sean Pertwee, Trevor Macy
Action Adventure Thriller Suspense Political
3 / 5
Info Buy / Rent

Set against the action-packed world of Mixed Martial Arts, "Never Back Down" is the story of Jake Tyler, a tough kid who leads with his fists, and, often, with his heart. Jake Tyler, played by Sean Faris, is the new kid in town with a troubled past. He has recently moved to Orlando, Florida with his family who has relocated to support his younger brother's shot at a professional tennis career. Jake was a star athlete on the football team at home, but in this new city he is an outsider with a reputation for being a quick tempered brawler.

Making an attempt to fit in, at the invitation of a flirtatious classmate, Baja (Amber Heard) Jake goes to a party where he is unwittingly pulled into a fight with a bully named Ryan McDonald (Cam Gigandet). While he is defeated and humiliated in the fight, a classmate introduces himself to Jake and tells him about the sport known as Mixed Marshall Arts (MMA). He sees a star in Jake and asks that he meet with his mentor, Jean Roqua, played by Djimon Hounsou (Blood Diamond).

It is immediately apparent to Jake that MMA is not street fighting, but rather an art form he wants to master. Roqua will take Jake under his wing, but it is up to Jake to find the patience, discipline, willingness and reason within him to succeed. For Jake, there is much more at stake than mere victory. His decision will not just settle a score; it will define who he is.

Two high school freshmen are targeted by the school bully on the first day of school. The boys hire what they think is a low-budget soldier of fortune to protect them, but he turns out to be anything but.
Seth Rogen, Chris Brown, Owen Wilson, Steven Brill, Judd Apatow, John Hughes, Alex Frost, Casey Boersma
Comedy
4 / 5
Info Buy / Rent

For photographer Ben and his new wife Jane, his new assignment--a lucrative fashion shoot in Tokyo--was supposed to be a kind of working honeymoon. With this exotic professional opportunity and the limitless possibilities of a new marriage, Ben and Jane arrive in Japan. But as they make their way on a mountain road leading to Mt. Fuji, their new life together comes to, literally, a crashing halt. Their car smashes into a woman standing in the middle of the road, who has materialized out of nowhere. Upon regaining consciousness after the accident, Ben and Jane cannot find any trace of the girl Jane believes she hit with the car. Shaken by the accident and by the girl's disappearance, Ben and Jane arrive in Tokyo, where Ben begins his glamorous assignment. Having worked in Japan before and fluent in the language, Ben is comfortable there, and he eagerly reunites with old friends and colleagues. Jane, a newcomer to the city, feels very much like a stranger in a strange land as she makes tentative, unsettling forays through the city. Ben, meanwhile, has discovered mysterious white blurs--eerily evocative of a human form--that have materialized on an entire day's work from the expensive photo shoot. Jane's concerns escalate as she believes the blurs in Ben's photos are the dead girl from the road, who is now seeking vengeance for them leaving her to die.
Roy Lee, Doug Davison, Rachael Taylor, David Denman, Masayuki Ochiai, Luke Dawson, Joshua Jackson, James Kyson Lee
Thriller Suspense Horror Remake
3 / 5
Info Buy / Rent

Under The Same Moon

Finally, the guys behind the outrageously silly "Scary Movie" franchise have used their own 'special powers' to spoof superhero movies. After being bitten by a genetically altered dragonfly, high school loser Rick Riker develop superhuman abilities like incredible strength and armored skin. Rick decides to use his new powers for good and becomes a costumed crime fighter known as "The Dragonfly". However, standing in the way of his destiny is the villainous Lou Landers. After an experiment gone wrong, Lou develops the power to steal a person's life force and in a dastardly quest for immortality becomes the supervillain, "The Hourglass." With unimaginable strength, unbelievable speed and deeply uncomfortable tights, will the Dragonfly be able to stop the sands of The Hourglass and save the world? More importantly, will we stop laughing long enough to notice?
Craig Mazin, Kevin Hart, Harvey Weinstein, David Zucker, Christopher McDonald, Jeffrey Tambor, Robert K. Weiss, John Unholz
Action Adventure Comedy Superhero
4 / 5
Info Buy / Rent

A charming but oblivious overweight guy leaves his fiancee on their wedding day only to discover years later that he really loves her. To win her back, he must finish a marathon while making her realize that her new handsome, wealthy fiance is the wrong guy for her.
Simon Pegg, Ameet Chana, Dylan Moran, David Schwimmer, Paul Brooks, Alexa Fogel, Joseph Infantolino, Michael Ian Black
Drama Romance
4 / 5
Info Buy / Rent