THIS IS 40 Movie Photos 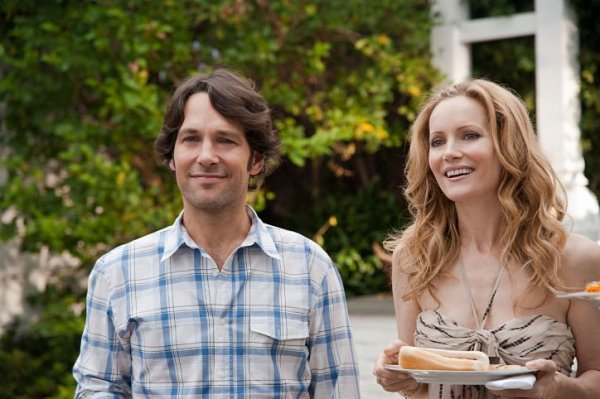 After years of marriage, Pete (Paul Rudd) lives in a house of all females: wife Debbie (Leslie Mann) and their two daughters, eight-year-old Charlotte (Iris Apatow) and 13-year-old Sadie (Maude Apatow). As he struggles to keep his record label afloat, he and Debbie must figure out how to forgive, forget and enjoy the rest of their lives…before they kill each other. In his fourth directorial outing, Apatow’s new comedy captures what it takes for one family to flourish in the middle of a lifetime together. What emerges is a deeply honest portrait of the challenges and rewards of marriage and parenthood in the modern age. Through the filmmaker’s unblinking lens, we follow one couple’s three-week navigation of sex and romance, career triumphs and financial hardships, aging parents and maturing children.

THIS IS 40 image sourced from Universal Pictures