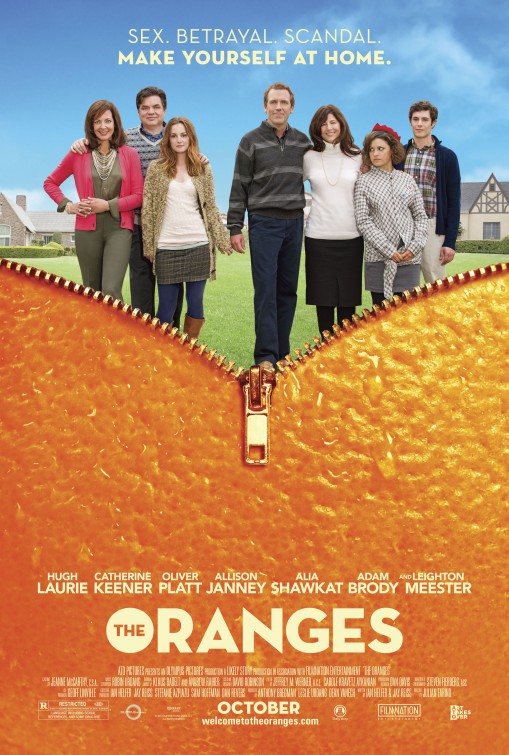 David and Paige Ostroff (Hugh Laurie, Catherine Keener) and Terry and Cathy Walling (Oliver Platt, Allison Janney) are best friends and neighbors living on Orange Drive in suburban New Jersey. Their comfortable existence goes awry when prodigal daughter Nina Ostroff (Leighton Meester), newly broken up with her fiancé Ethan (Sam Rosen), returns home for Thanksgiving after a five-year absence. Rather than developing an interest in Toby Walling (Adam Brody), the successful son of her neighbors which would please both families, it’s her parents’ best friend David who captures Nina’s attention. When the connection between Nina and David becomes undeniable, everyone’s lives are thrown into upheaval, particularly Vanessa Walling’s (Alia Shawkat), Nina’s childhood best friend. It’s not long before the ramifications of the affair begin to work on all of the family members in unexpected and hilarious ways, leading everyone to reassess what it means to be happy and how sometimes what looks like a disaster, turns out to be the one thing we need the most.