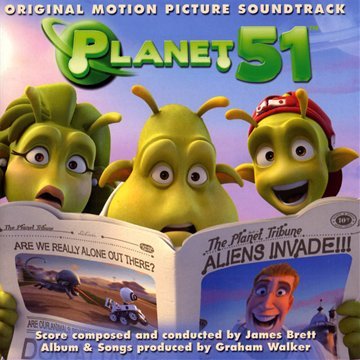 The inhabitants of Planet 51 live in fear of alien invasion. Their paranoia is realized when an astronaut arrives from Earth. Befriended by a young resident, he has to avoid capture in order to recover his spaceship and try to return home.