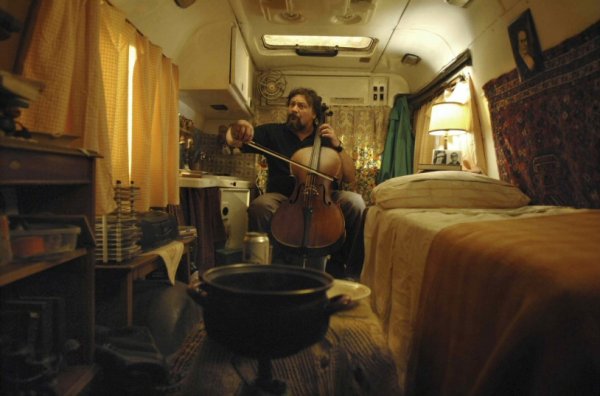 "The Concert" is the new film from Radu Mihaileanu, the acclaimed writer/director of "Live and Become," starring Mélanie Laurent ("Inglorious Basterds"), François Berléand; ("Transporter" series), and Alexei Guskov. In this new comedy, Guskov stars as Andrei Filipov, a once celebrated Russian conductor of the Bolshoi who has hit rock bottom and is now working as a depressed custodian who drinks too much. But when he intercepts an invitation meant for this former orchestra to perform in Paris, Andrei masterminds a plan to pose as the leader of the group in order to make a triumphant return to the music scene. With a motley bunch of former musicians at his side, Andrei sets off for Paris to fulfill his destiny and return to his glory as a great conductor. Along the way, he will reunite with a young, beautiful violin virtuoso played by acclaimed actress Mélanie Laurent who holds the key to his past and to his future. With a message of hope and making the most of second chances, "The Concert" promises to be one of the most uplifting and entertaining films of the year.