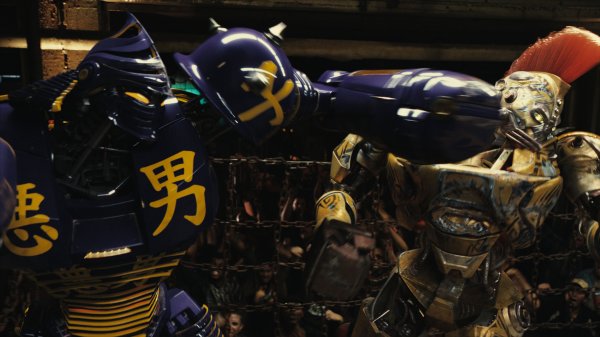 Noisy Boy lands a hard punch to the steel face of Midas in a boxing match between the two robots at the Crash Palace in a scene from Real Steel.