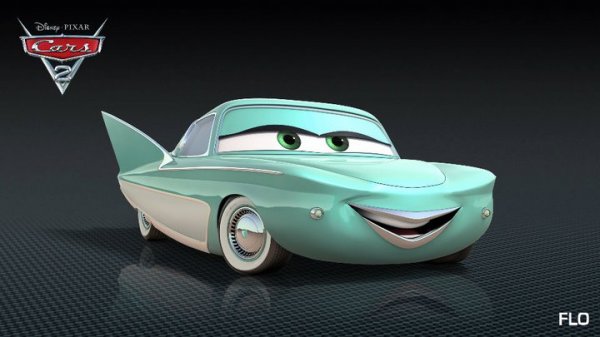 Flo is a sassy, no-nonsense lady with the biggest heart in Radiator Springs. She runs the local diner, Flo's V-8 Café, the only gas station for miles around, where she still serves the "finest fuel in 50 states." Flo is Ramone’s main squeeze. As a touring Motorama girl in the 1950s, Flo was passing through Radiator Springs and when she met Ramone, she was hooked.