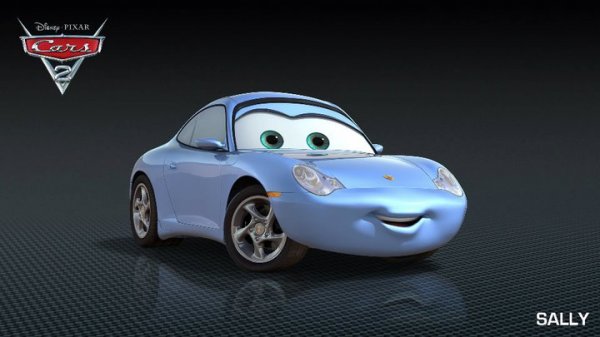 Sally, a baby blue Porsche 911 Carrera, is the proprietor of Radiator Springs’ Cozy Cone and Wheel Wagon Motels and the apple of Lightning McQueen’s eye. When Lightning commits to racing in the World Grand Prix the same night of his return, Sally remains steadfastly supportive of her star racecar. She even convinces Lightning to take his best friend Mater along for the ride of a lifetime. Though Sally stays behind in Radiator Springs, even she lights up for the open-wheeled racing cars from Europe – but only Lightning truly makes her motor purr.