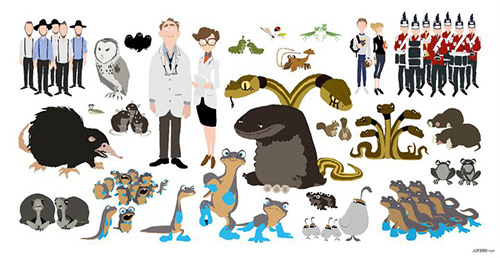 What happens when the last remaining male and female blue-footed newts on the planet are forced together by science to save the species, and they can't stand each other? That's the problem facing Newt and Brooke, heroes of "newt," the Pixar film by seven-time Academy Award winner for sound Gary Rydstrom, and director of Pixar's Oscar-nominated short, "Lifted." Newt and Brooke embark on a perilous, unpredictable adventure and discover that finding a mate never goes as planned, even when you only have one choice. Love, it turns out, is not a science.