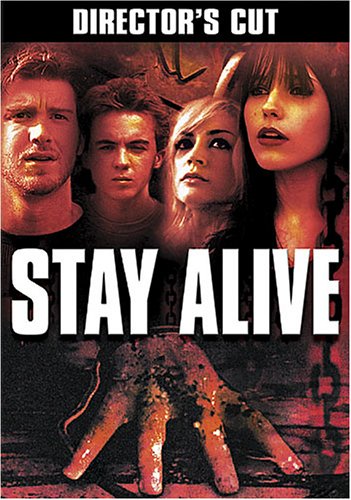 After the mysterious, brutal death of an old friend, a group of teenagers find themselves in possession of "Stay Alive", an ultra-realistic 3-D videogame based on the spine-chilling true story of a 17th century noblewoman known as "The Blood Countess." The gamers don't know anything about the game other than they're not supposed to have it... and they're dying to play it. Not able to resist temptation, the group begins to play the grisly game and soon a chilling connection is made - they are each being murdered one-by-one in the same method as the character they played in the game. As the line between the game world and the real world disappears, the group must find a way to defeat the vicious and merciless Blood Countess, all the while trying to... "Stay Alive".