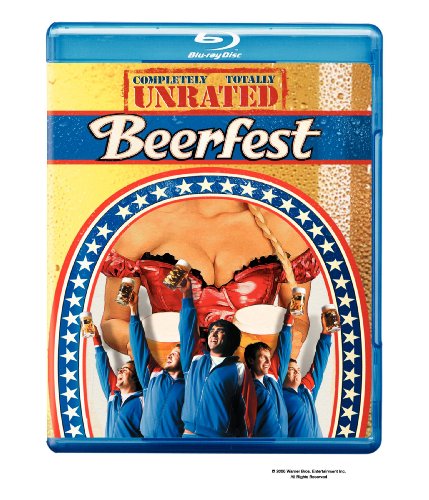 When American brothers Todd and Jan Wolfhouse (Eric Stolhanske and Paul Soter) travel to Germany to spread their grandfather's ashes at Oktoberfest, they stumble upon a super-secret, centuries old, underground beer games competition—Beerfest—the secret Olympics of beer drinking. The brothers receive a less than warm welcome from their German cousins, the Von Wolfhausens, who humiliate Todd and Jan, slander their relatives, and finally cast them out of the event. Vowing to return in a year to defend their country and their family's honor, the Wolfhouse boys assemble a ragtag dream team of beer drinkers and gamers: Barry Badrinath (Jay Chandrasekhar), the consummate skills player with a dark past; Phil Krundle (Kevin Hefferman) AKA "Landfill," the one-man chugging machine; and Steve "Fink" Finklestein (Steve Lemme), the lab tech with a Masters degree in All Things Beer. This Magnificent Five train relentlessly, using their hearts, minds and livers to drink faster, smarter and harder than they ever have before. But first they must battle their own demons... as well as a bunch of big, blond, German jerks who want to destroy the team before they can even make it back to Munich. Revenge, like beer, is best served cold.