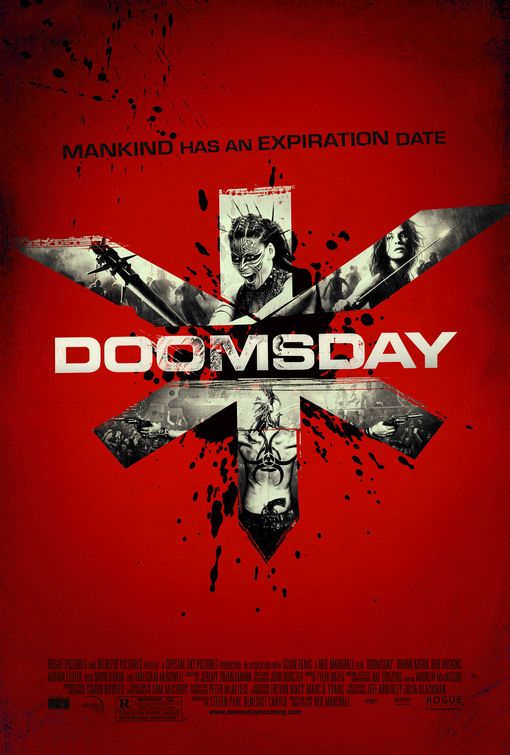 In "Doomsday", a lethal virus spreads throughout a major country and kills hundreds of thousands. To contain the newly identified Reaper, the authorities brutally quarantine the country as it succumbs to fear and chaos. The literal walling-off works for three decades – until Reaper violently resurfaces in a major city. An elite group of specialists, including Eden Sinclair (Mitra), is urgently dispatched into the still-quarantined country to retrieve a cure by any means necessary. Shut off from the rest of the world, the unit must battle through a landscape that has become a waking nightmare.