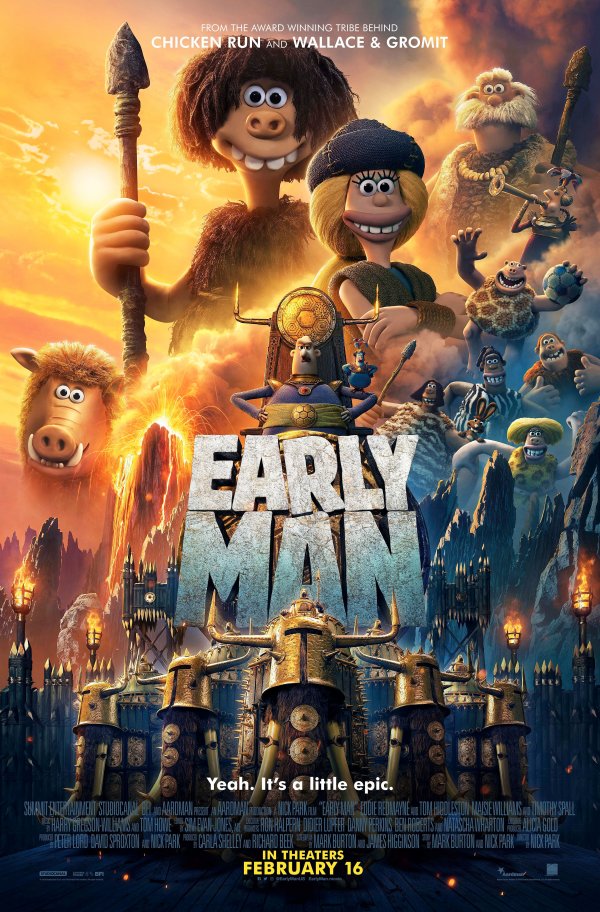 Set at the dawn of time, when prehistoric creatures and woolly mammoths roamed the earth, Early Man tells the story of Dug, along with sidekick Hognob, who unites his tribe against the mighty Bronze Age in a battle to beat them at their own game.