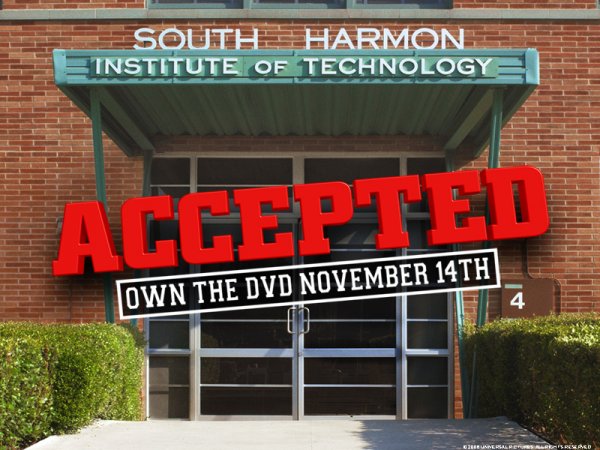 High school senior Bartleby "B" Gaines (Justin Long) is on his way to scoring eight out of eight rejection letters from colleges--which isn't going to go over big with Mom and Dad. At least he's not alone in the exclusion. Several of his crew of outcast friends are in the same, college-less boat. So...how does a guy facing a bleak career please his parents and get noticed by dream girl Monica (Blake Lively)?

Simple. Open his own university.

B and his band of misfit freshmen take "liberal" arts literally when they fool their parents and peers and create the esteemed South Harmon Institute of Technology. They clean up an abandoned psychiatric facility, employ a buddy's brilliant?but subversive—uncle (Lewis Black) as the dean and create a fake web site as their campus calling card. Bam! South Harmon, the alternative school of higher learning, is born.

Just as they are settling in, B and company realize they've done their jobs too well. Dozens of other college rejects show up for classes at this less-than-lofty institute. Under the scornful eyes of the privileged students from the neighboring college, B and his friends forge ahead with maintaining a fake, functioning university. Their efforts to explore alternative education result in a battle between the South Harmon co-eds and the "sister" school snobs.

With his future in the balance, it's going to take more than just sleight of hand to keep B out of jail as he strives to get the girl, impress his parents and just become... "Accepted".