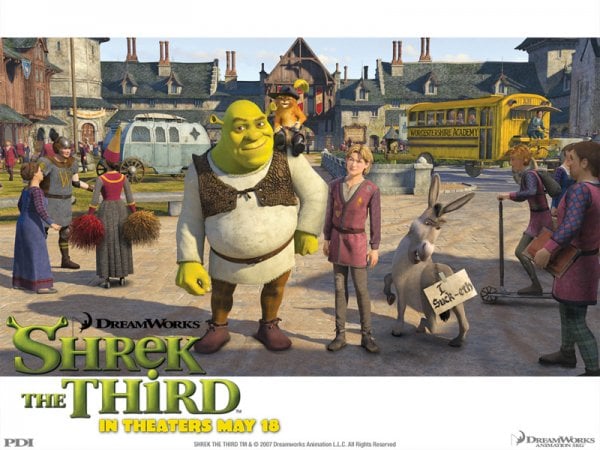 When Shrek married Princess Fiona, becoming the next King and Queen of Far, Far Away wasn't part of the plan. So when his father-in-law, King Harold, falls ill, it is up to Shrek to find a suitable heir or he will be forced to give up his beloved swamp for the throne. Recruiting Donkey and Puss In Boots for a new quest, Shrek sets out to bring back the rightful heir to the throne, Fiona's rebellious cousin Artie. Back in Far, Far Away, Fiona's jilted Prince Charming storms the city with an army of fairy tale villains to seize the throne. But they have a surprise in store because Fiona, together with her mother, Queen Lillian, has drafted her fellow fairy tale heroines to defend their "happily ever afters." As Shrek, Donkey and Puss work on changing Artie from a royal pain in the you-know-what into a future king, Fiona and her band of princesses must stop Prince Charming to ensure there will be a kingdom left to rule.