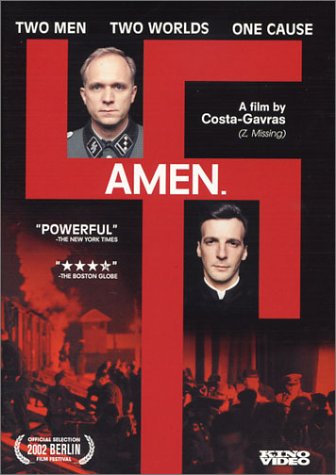 Newly commissioned SS Lieutenant and respected civilian chemist, Kurt Gerstein, discovers that the Zyklon B pellets he has developed to disinfect soldiers' drinking water are being used to gas interred Jews by the thousands. Recruited to help streamline the death camp process by a team of SS officers, Gerstein secretly approaches the Swedish Consulate, the German Protestant community and finally Vatican representatives in the hopes of exposing this unspeakable crime. The only one who listens is Father Ricardo, a young Jesuit priest with deep family connections at the Vatican. Ricardo promises Gerstein he will alert the Pope to the Jewish genocide in hopes that the pontiff will reveal and denounce the Final Solution to the Christian world...