Dawn of the Dead Movie Poster 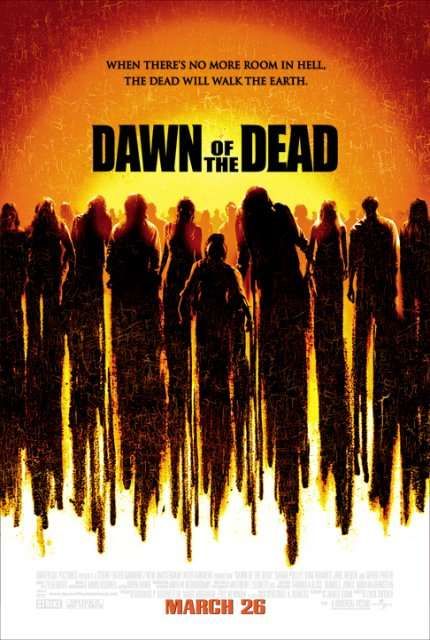 Dawn of the Dead Plot

Sarah Polley, Ving Rhames, Jake Webber and Mekhi Phifer head an ensemble cast in a re-envisioning of George Romero's apocalyptic horror classic, "Dawn of the Dead". An unexplained plague has decimated the world's population and yet...the dead aren't dying. They've become zombies, stalking endlessly in a constant quest to feed on the flesh and blood of the few remaining living. A ragtag group of desperate survivors in a Wisconsin town seek refuge in a large indoor mall, where they must learn not only to protect themselves from the ever-increasing zombie horde, but also to co-exist with each other as a last bastion of humanity. Sealed off from the rest of what used to be the world, the group uses every available resource—both within and without—in their against-all-odds fight to remain alive and human.

Like this Dawn of the Dead Primary Poster—Share It!

More Dawn of the Dead 3