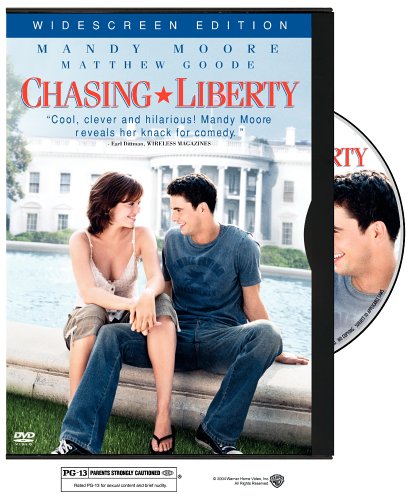 Budding teenage beauty Anna Foster (Mandy Moore) wants the American dream: life and liberty to pursue happiness. But as the only child of the President of the United States, every detail of Anna's life is constantly monitored by the media, the public and her very protective parents — who are backed up by a battalion of Secret Service agents that safeguard Anna from any danger, including the perils of first dates. Charming and irreverent, Anna just wants the freedom to live life like any other teenager — which means ditching the agents who are seriously curbing her good times. While on a diplomatic trip to Europe with her parents, Anna extracts a promise from her father, the President, which allows her a night alone, unescorted. But when her dad has a change of heart, Anna decides to take things into her own hands. In a wild escape, incognito Anna meets mysterious stranger Ben Calder (Matthew Goode), who reluctantly aids her European getaway. Reveling in her newfound independence, Anna decides to take Europe by storm, accompanied by dashing Ben. As Anna's madcap European adventure takes her farther from her family and brings her closer to Ben, she's dreading the day her holiday will come to an end. Because the most powerful man in the free world is her father, Anna knows that she has a lot more to worry about than getting grounded. But before she can face the President, she has to find a way tell Ben the truth about her identity and risk getting her heart broken — the one thing her father can't fix.