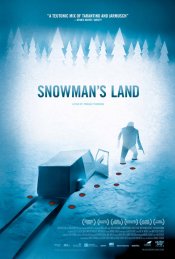 In this wry German dark comedy, Walter (Juergen Rissmann) is a professional hitman who has just botched a job. Forced to leave the city, he reluctantly takes up an offer from eccentric crime boss Berger (Reiner Schoene) to protect his house (and young, pretty, free-spirited wife Sybille) in a remote region of the Carpathian Mountains. At Walter's side is Micky (Thomas Wodianka), his chatty, thrill-seeking old friend. After a freak accident, what seemed to be a nice, easy holiday job for the hapless pair soon becomes a comically nightmarish fight for survival.

Poll: Will you see Snowman's Land?

A look at the Snowman's Land behind-the-scenes crew and production team.

Production Timeline: When did the Snowman's Land come together?

Snowman's Land Release Date: When is it coming out?

Snowman's Land is coming out To Be Announced (TBA).