September 8, 2013 • Filming completed; editing of shot film; music composition and recordings, as well as sound and visual effects being added.

In the vein of Amelie and 500 Days of Summer, this is the story of HIM (Evans), a young man disillusioned by love, who meets a breathtaking young woman, HER (Monaghan), at a charity dinner by pretending to be a philanthropist. Only one problem, she’s engaged... and her boyfriend doesn’t like her going on dates. So challenged by the pursuit (with the support of his eclectic friends), he engages into a platonic relationship with her in order to keep seeing her. Like a young Walter Mitty using the power of imagination and wild crazy vignettes, HIM will stop at nothing to make HER fall for him and conquer her heart.

Poll: Will you see Playing it Cool?

A look at the Playing it Cool behind-the-scenes crew and production team. The film's director Justin Reardon last directed The Awakening of Jean-Luc Barbara and Convention. 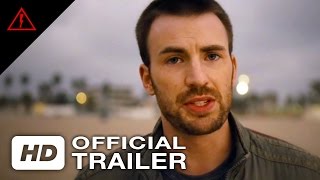 Production: What we know about Playing it Cool?

Playing it Cool Release Date: When is the film coming out?

Playing it Cool is coming out To Be Announced (TBA).

Q&A Asked about Playing it Cool

Looking for more information on Playing it Cool?