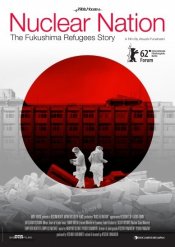 A documentary about the exile of Futaba’s residents, the region housing the crippled Fukushima Daiichi nuclear power plant. Since the 1960s, Futaba had been promised prosperity with tax breaks and major subsidies to compensate for the presence of the power plant. The town’s people have now lost their homeland. Through their agonies and frustrations, the film questions the real cost of capitalism and nuclear energy.

The day after the magnitude 9.0 earthquake on March 11, 2011, Futaba locals heard the hydrogen explosion at Reactor Number 1 and were showered with nuclear fallout. In response, the Japanese government designated the whole town as an “exclusion zone” and 1,400 of the town’s residents fled to an abandoned high school 250 kilometers away. The entire community, including the Town Hall office, was moved into the four-story building, making the residents nuclear refugees.

The film portrays the evacuees as the nuclear disaster situation changes over time. One of them is Ichiro Nakai, a farmer who lost his wife, his home, and his rice fields in the massive tsunami. Doing his best to cope with the monotony of life at the evacuation center, he struggles to wipe away the haunting memories and start a new life with his son. The two finally get an official permit to enter the exclusion zone to visit their hometown. There, they see that their worst fears have become reality...

Poll: Will you see Nuclear Nation?

A look at the Nuclear Nation behind-the-scenes crew and production team.

Production: What we know about Nuclear Nation

Nuclear Nation Release Date: When was it released?