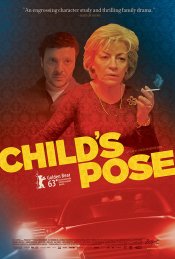 Follows a steely, well-to-do Bucharest architect determined to keep her 30-something deadbeat son out of jail after a deadly car crash. How far will she go to convince the police, eyewitnesses and even the victim’s family that her son was not recklessly speeding?

Poll: Will you see Child’s Pose?

A look at the Child’s Pose behind-the-scenes crew and production team.

Production: What we know about Child’s Pose?

Child’s Pose Release Date: When was the film released?