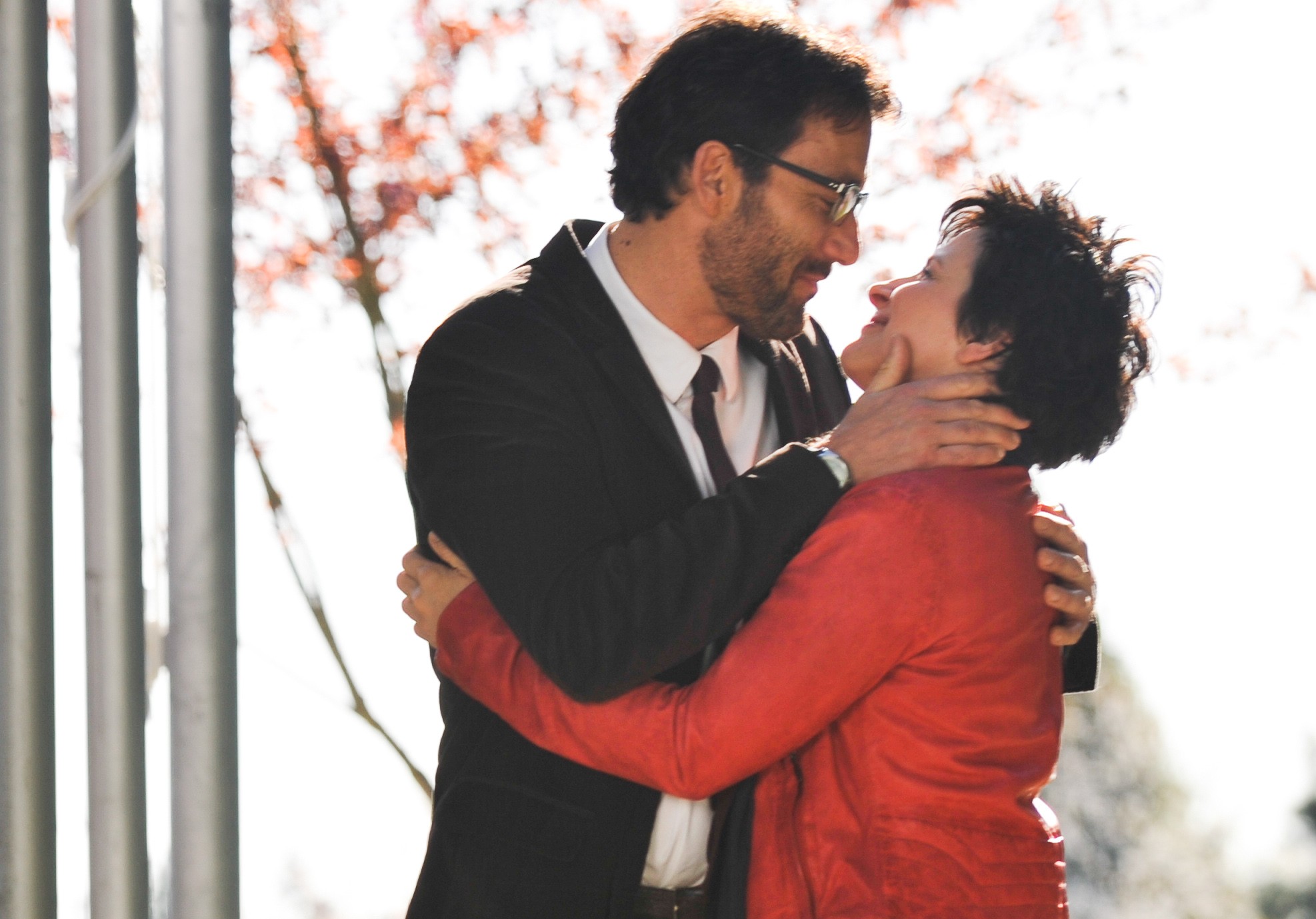 Prep school English teacher Jack Marcus (Clive Owen) laments his students' obsession with social media and good grades - as opposed to rigorous engagement with language. A one-time literary star, Jack has not published in years. He's let the school's literary magazine fall into ruin. He's estranged from his son. In short, Jack has much to despair of, and when Jack despairs, Jack drinks. A lot. Jack's drunken behaviour has been bad enough to have him banned from a local upscale pub.

Dina Delsanto (Juliette Binoche) is an abstract painter. Like Jack, she was once celebrated for her art, but the onset of arthritis has made the physical act of painting too painful to bear. Jack finds Dina attractive but icy; he flirts with and provokes her with equal relish.

Poll: Will you see Words and Pictures?

"Ghost in the Shell" , "Cosmopolis"

"The Informer" , "The International"

A look at the Words and Pictures behind-the-scenes crew and production team. The film's director Fred Schepisi last directed It Runs in the Family and Beast of Bataan.

Production: What we know about Words and Pictures?

Words and Pictures Release Date: When was the film released?

Words and Pictures was released in 2014 on Friday, May 23, 2014 (Limited release). There were 3 other movies released on the same date, including Blended, X-Men: Days of Future Past and The Angriest Man in Brooklyn.

Q&A Asked about Words and Pictures

Looking for more information on Words and Pictures?