Ryan Phillippe plays a former Hollywood star, who, on location in Louisiana, is kidnapped by two men connected to his past. He awakens, chained in a rundown shack, and discovers the real motives of his captors and finds himself in the middle of a twisted scheme with little chance to make it out. Survival and revenge become the actor’s motivations.

Poll: Will you see Catch Hell?

"Army of the Dead" , "Together Together"

A look at the Catch Hell behind-the-scenes crew and production team. 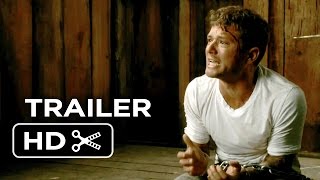 Production: What we know about Catch Hell?

Catch Hell Release Date: When was the film released?

Catch Hell was released in 2014 on Friday, October 10, 2014 (Limited release). There were 10 other movies released on the same date, including Addicted, Dracula Untold and Alexander and the Terrible, Horrible, No Good, Very Bad Day.