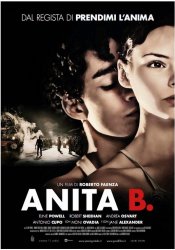 December 9, 2014 • Awaiting release by distributor; release date not yet announced.

Immediately after WWII, Anita, a young survivor of Auschwitz, looks at the world with worried eyes. She quickly finds herself involved in an intense and passionate affair that almost shatters her, but eventually gives her the strength to rebel and start a new life.

Poll: Will you see Anita B?

A look at the Anita B behind-the-scenes crew and production team. The film's director Roberto Faenza last directed Someday This Pain Will be Useful to You.

Production: What we know about Anita B?

Anita B Release Date: When is the film coming out?

Q&A Asked about Anita B

Looking for more information on Anita B?