Get the Girl Movie 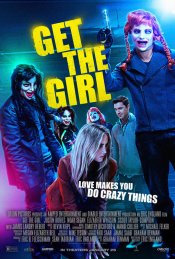 A wealthy young man is conned into staging a fake kidnapping in order to be a hero and win the affection of a girl he's madly in love with. But when one of the hired kidnappers is accidentally killed during the charade, he's forced to actually save her life while not revealing that it's been a ruse all along.

Poll: Will you see Get the Girl?

Crew: Who's making Get the Girl

Get the Girl Trailers & Videos

Production: What we know about Get the Girl

Get the Girl Release Date: When was it released?

Get the Girl was released in 2017 on Friday, January 27, 2017 (Limited release). There were 9 other movies released on the same date, including Moana, Gold and A Dog's Purpose.

Questions: Asked About Get the Girl

Looking for more information on Get the Girl?