The year is 2020, three days before the opening of the Tokyo Olympics. While she should be studying for her exams, Kokone Morikawa is often dozing off, stuck between reality and a dream-world full of fantastic motorized contraptions. But after her father, a talented but mysterious mechanic, is kidnapped for stealing technology from a powerful corporation, it's up to Kokone and her childhood friend Morio to save him.

Together they realize that Kokone's dream-world holds the answers to the mystery behind the stolentech, and they embark on a journey that traverses dreams and reality, city and country, and past and present. Their mission uncovers a trail of clues to her father's disappearance and ultimately a surprising revelation about Kokone's family.

Poll: Will you see Napping Princess?

A look at the Napping Princess behind-the-scenes crew and production team. 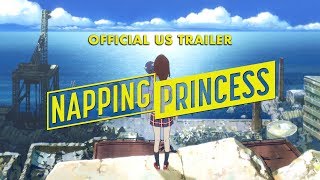 Production: What we know about Napping Princess

Napping Princess Release Date: When was it released?

Napping Princess was released in 2017 on Friday, September 8, 2017 (New York / Los Angeles release). There were 13 other movies released on the same date, including IT, Home Again and Rememory.