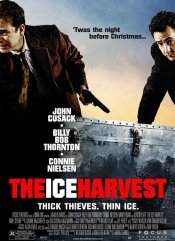 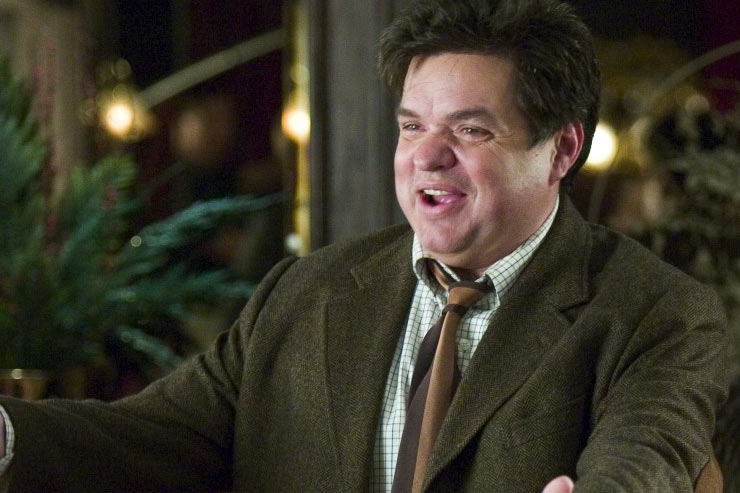 "The Ice Harvest" is a wickedly funny thriller about thick thieves and thin ice. It's Christmas Eve in rainy, icebound Wichita, Kansas, and this year Charlie Arglist (John Cusack) just might have something to celebrate. Charlie, an attorney for the sleazy businesses of Wichita, and his unsavory associate, the steely Vic Cavenaugh (Billy Bob Thornton), have just successfully embezzled $2,147,000 from Kansas City boss Bill Guerrard (Randy Quaid). Even so, the real prize for Charlie would be the stunning Renata (Connie Nielsen), who runs the Sweet Cage strip club. Charlie's fondest Christmas wish is to slip out of town with Renata. But, as daylight fades and a storm whirls, everyone from Charlie's drinking buddy Pete Van Heuten (Oliver Platt) to the local police begin to wonder just what exactly is in Charlie's Christmas stocking. For Charlie, the 12 hours of Christmas Eve are filled with nonstop twists and turns, both on the ice and off.

Poll: Will you see The Ice Harvest?

Crew: Who's making The Ice Harvest

A look at the The Ice Harvest behind-the-scenes crew and production team. The film's director Harold Ramis last directed Year One and Analyze That.

Production: What we know about The Ice Harvest

The Ice Harvest Release Date: When was it released?

The Ice Harvest was released in 2005 on Wednesday, November 23, 2005 (). There were 6 other movies released on the same date, including Yours, Mine & Ours, In the Mix and The White Countess.

Questions: Asked About The Ice Harvest

Looking for more information on The Ice Harvest?