August 16, 2020 • Key talent and film crew being hired; budgeting, preparing and planning of production schedule; approving final shooting script. Shooting is planned for next year. Netflix has picked up the rights to the project. 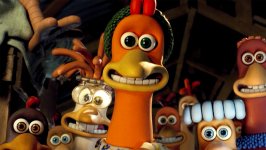 Follow-up focuses on Ginger, now living in a human-free chicken paradise. Ginger and Rocky hatch an egg together and daughter Molly is born. The girl grows up quickly and Molly begins to outgrow the island. At the same time, rumors start to float of a new and terrible threat on the mainland, forcing Ginger to rally her troops and take a stand.

Poll: Will you see Chicken Run 2?

A look at the Chicken Run 2 behind-the-scenes crew and production team. The film's director Sam Fell last directed ParaNorman and The Tale of Despereaux. The film's writer Karey Kirkpatrick last wrote Smurfs: The Lost Village and The Secret World of Arrietty.

Production: What we know about Chicken Run 2

Shooting is planned for next year. Netflix has picked up the rights to the project.

Aardman Animation is working on a sequel to the hit 2000 stop-animation film.

Chicken Run 2 Release Date: When is it coming out?