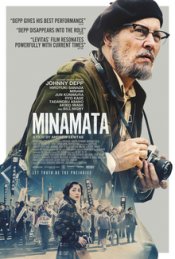 The story of war photographer W. Eugene Smith and how he goes up against a powerful corporation responsible for poisoning the people of Minamata, a Japanese fishing village, in 1971.

Poll: Will you see Minamata?

Production: What we know about Minamata

Principal production in Japan followed by Serbia in January 2019.

Minamata Release Date: When is it coming out?

Minamata is coming out in 2021 on Friday, February 5, 2021 (Limited release). There are 2 other movies coming out on the same date, including Cinderella and Little Fish.

Looking for more information on Minamata?