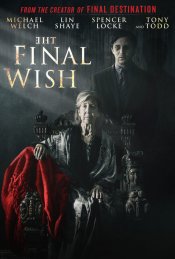 The story of Jim McNeely (Lane Garrison), a young man thrust into the vibrant and brutal West Texas oilfields in 1939. In a state gushing with oil and filled with ambition, McNeely settles into a small-town community that is slowly overcoming the trauma of the Great Depression. The formidable path before him is riddled with obstacles – overbearing bosses who try to keep him down, powerful oilmen who are reluctant to invest in a fresh face, and women who see salvation in his charms – but he finds a glimmer of hope with his first loves: new wife Lee Montgomery (Ali Cobrin) and drilling for oil. With everything falling into place to ascend to the top of the oil chain, McNeely stumbles upwards through his success and in turn jeopardizes his desperate longing to conquer this brave new world of influence and wealth.

Poll: Will you see The Iron Orchard?

Production: What we know about The Iron Orchard?

The Iron Orchard Release Date: When was the film released?

The Iron Orchard was released in 2019 on Friday, February 22, 2019 (Limited release). There were 5 other movies released on the same date, including How To Train Your Dragon: The Hidden World, Fighting With My Family and The Changeover.

Q&A Asked about The Iron Orchard

Is it based on a true story?

Looking for more information on The Iron Orchard?