August 1, 2020 • Awaiting release by distributor; release date not yet announced. Universal sold rights to Amazon; will premiere on PrimeVideo. 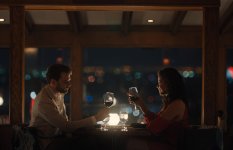 A blind date turns violent and the woman has to get home on foot through Los Angeles as she’s pursued by her date.

Production: What we know about Run Sweetheart Run

Universal sold rights to Amazon; will premiere on PrimeVideo.

On or about February 5, 2019, the film was in Production status.

Run Sweetheart Run Release Date: When is it coming out?