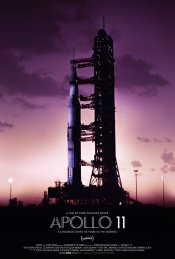 Crafted from a newly discovered trove of 65MM footage, and more than 11,000 hours of uncatalogued audio recordings, Apollo 11 takes us straight to the heart of NASA's most celebrated mission--the one that first put men on the moon, and forever made Neil Armstrong and Buzz Aldrin into household names.

Production: What we know about Apollo 11?

Apollo 11 Release Date: When was the film released?

Apollo 11 was released in 2019 on Friday, March 1, 2019 (Limited release). There were 17 other movies released on the same date, including Tyler Perry's A Madea Family Funeral, Climax and We Die Young.

Looking for more information on Apollo 11?