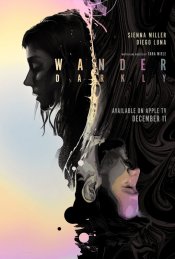 In Wander Darkly, a traumatic accident leaves a couple, Adrienne (Sienna Miller) and Matteo (Diego Luna), in a surreal state of being that takes them on a disorienting journey through the duality of their shared moments. By reliving fond recollections from the beginning of their romance while also navigating the overwhelming truths of their present, they must rediscover the love that truly binds them together. Writer/director Tara Miele offers a profound new perspective on the delicate nature of relationships with this emotionally moving story about a couple who must reflect on their past in order to face their uncertain future.

Poll: Will you see Wander Darkly?

Production: What we know about Wander Darkly?

Wander Darkly Release Date: When was the film released?

Wander Darkly was released in 2020 on Friday, December 11, 2020 (Apple TV+ release). There were 14 other movies released on the same date, including Parallel, Gunda and The Prom.