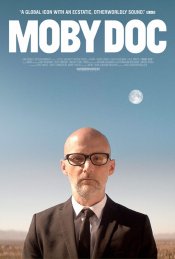 Moby Doc is a surrealist biographical documentary narrated by Moby as he reflects on his turbulent personal life and iconic music from underground punk bands to chart-topping solo artist, and from struggling addict to vegan activist. Featuring interviews with David Lynch and David Bowie, along with extraordinary concert footage, utilizing a unique blend of re-enactments, interviews, and archival footage, audiences will be treated to an insightful, unvarnished look at an artist who has sold more than 20 million albums, an activist who has long championed animal rights, and a man whose traumatic childhood shaped him in profound ways. This introspective journey sets out to answer existential questions of purpose and meaning by examining a life of extreme highs and lows, joy, tragedy, success and failure.

Poll: Will you see Moby Doc?

A look at the Moby Doc behind-the-scenes crew and production team.

Production: What we know about Moby Doc?

Moby Doc Release Date: When is the film coming out?

Moby Doc is coming out in 2021 on Friday, May 28, 2021 (Limited release). There are 8 other movies coming out on the same date, including A Quiet Place Part II, Cruella and American Traitor: The Trial Of Axis Sally.