The youngest of a hardworking French-Canadian couple’s 14 children is propelled to global music superstardom in Aline, a fictional musical dramedy freely inspired by the life of Celine Dion.

Two time Cesar Award-winning writer/director/star Lemercier's musical dramedy begins in 1960s Quebec. Sylvette and Anglomard welcome their 14th child, Aline. In this modest family, music is king. When a producer discovers Aline and her golden voice, he has only one idea in mind: to make her the greatest singer in the world. Supported by her family, guided by Guy Claude’s experience and budding love for her, Aline will create an extraordinary destiny for herself.

Poll: Will you see Aline?

"The Power Of Love" 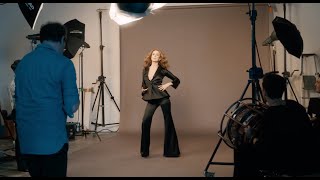 Production: What we know about Aline?

Aline Release Date: When is the film coming out?

Aline is coming out in 2022 on Friday, January 21, 2022 (Limited release). There are 5 other movies coming out on the same date, including Cyrano, The King's Daughter and Operation Fortune: Ruse de guerre.

Looking for more information on Aline?