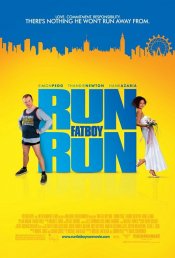 A charming but oblivious overweight guy leaves his fiancee on their wedding day only to discover years later that he really loves her. To win her back, he must finish a marathon while making her realize that her new handsome, wealthy fiance is the wrong guy for her.

Production: What we know about Run, Fat Boy, Run

Run, Fat Boy, Run Release Date: When was it released?