I Know Who Killed Me Movie 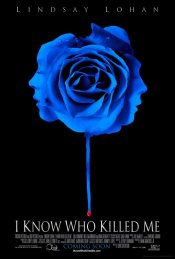 A young woman is abducted and tortured by a serial killer. After she's rescued she claims she's a different person, raising questions as to whether she is suffering from post-traumatic stress or if something more sinister is going on.

The quiet suburb of New Salem is being terrorized by a brutal serial killer who abducts and tortures young women, holding them captive for weeks before murdering them. Aubrey Fleming, a talented pianist and aspiring writer, appears to be his latest victim when she disappears without a trace during a night out with friends. As the days tick by, the special FBI Task Force convened to track the killer begins to lose hope of finding her before it's too late. Then, late one night, a driver discovers the young woman by the side of a deserted road, disheveled and critically injured, pleading for help. The girl is rushed to the hospital, where Aubrey's distraught parents, Susan and Daniel, wait by her side as she slips in and out of consciousness. When she is finally able to speak, she shocks everyone by claiming to be a down-on-her luck stripper named Dakota Moss who has never heard of Aubrey Fleming. Convinced Aubrey is suffering from post traumatic stress disorder, her doctors, parents and law enforcement officials can only wait for rest and therapy to restore her memory. But after returning to her parents' suburban home, she continues to insist that she is not who they think she is, despite bearing bizarre wounds identical to those of the serial killer's previous victims. The FBI agents are further mystified when they search Aubrey's computer and discover a short story about a girl with an alter ego named Dakota. When Dakota begins to suspect she may be Aubrey's identical twin sister, Susan shows her a video of her pregnancy ultrasound clearly revealing there was only one fetus in her womb. Confused and terrified, Dakota starts seeing visions of a menacing figure slowly butchering his captive. Convinced that time is running out both for Aubrey and herself, Dakota confronts Daniel with a shocking truth that leads them on a frantic hunt for the killer.

Poll: Will you see I Know Who Killed Me?

Crew: Who's making I Know Who Killed Me

A look at the I Know Who Killed Me behind-the-scenes crew and production team. The film's director Chris Sivertson last directed All Cheerleaders Die and Brawler.

I Know Who Killed Me Trailers & Videos

Production: What we know about I Know Who Killed Me

I Know Who Killed Me Release Date: When was it released?

I Know Who Killed Me was released in 2007 on Friday, July 27, 2007 (). There were 4 other movies released on the same date, including No Reservations, The Simpsons Movie and Sunshine.

Questions: Asked About I Know Who Killed Me

Looking for more information on I Know Who Killed Me?