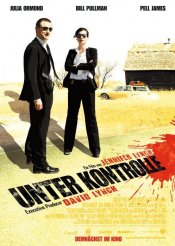 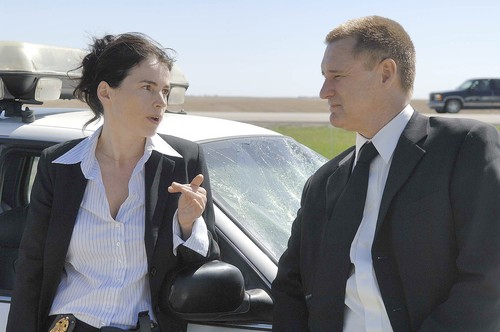 Somewhere deep inside the Santa Fe desert there have been a number of blood curdling murders...a real killing spree. The local police station is in disarray. Captain Billings, Officers Degrasso and Wright have apprehended three witnesses: Officer Jack Bennet, one of their own, tough, but affected by recent events; Bobby, young, high as a kite on cocaine; and Stephanie, eight years old, who has just witnessed her family being brutally murdered by two figures dressed in jumpsuits, gloves, boots, and horrifyingly disfiguring blue latex masks. Even though everyone is ready to go, they are still waiting... waiting for the Feds to arrive. As the witnesses tell their stories one by one to the FBI agents who have now taken over, the murderous events unravel before our eyes. It becomes clear, little Stephanie knows something, something about the agents, Hallaway and Anderson. And then two more bodies have been found...

Poll: Will you see Surveillance?

Production: What we know about Surveillance

Surveillance Release Date: When was it released?

Surveillance was released in 2009 on Friday, June 26, 2009 (). There were 3 other movies released on the same date, including My Sister's Keeper, The Hurt Locker and Cheri.

Looking for more information on Surveillance?