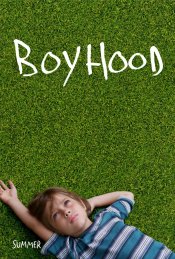 An cinematic experience covering 12 years in the life of a family. At the center is Mason, who with his sister Samantha, is taken on an emotional and transcendent journey through the years, from childhood to adulthood.

Poll: Will you see Boyhood?

"The Black Phone" , "The Northman"

"The Circle" , "Shoplifters Of The World"

Production: What we know about Boyhood?

Boyhood Release Date: When was the film released?

Boyhood was released in 2014 on Friday, July 11, 2014 (Limited release). There were 8 other movies released on the same date, including Dawn of the Planet of the Apes, And So It Goes and Rage.

Looking for more information on Boyhood?