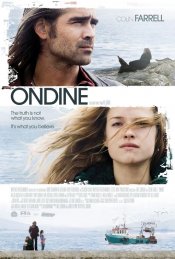 "Ondine" tells the story of Syracuse (Colin Farrell), a local fisherman whose everyday life is transformed by a beautiful and mysterious woman (Alicja Bachleda) whom he fishes from the sea and who his young daughter, Annie (Alison Barry), believes is a mermaid. But like all fairytales, enchantment and darkness go hand in hand.

Poll: Will you see Ondine?

Production: What we know about Ondine

Ondine Release Date: When was it released?

Ondine was released in 2010 on Friday, June 4, 2010 (in 6 theaters . There were 9 other movies released on the same date, including Killers, Get Him to the Greek and Splice.

Looking for more information on Ondine?