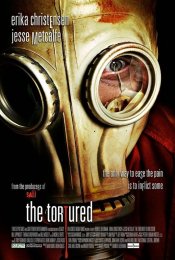 Craig (Metcalfe) and Elise (Christensen) had all the ingredients for an ideal life: a great marriage, a wonderful five-year-old son, a charming home and a bright future. Then, on one sunny day, their perfect world is irrevocably shattered . Leaving their five year old son, Ben, alone for only a moment, Craig is horrified to see him being abducted from their own front yard. Sadly, the desperate police search for the kidnapper proves to be in vain when the child is found dead. Craig is wracked with guilt and Elise cannot forgive him. Their relationship crumbles under the strain and Elise moves out – leaving each of them alone in their private hell. Months later, a chance tip leads police to the suspect’s door, catching him red-handed with another victim. Although Ben’s murderer is soon brought to trial, the grieving parents are stunned when his sentence is considerably reduced by a plea bargain. Utterly shocked and reunited by their outrage, Craig and Elise agree that they cannot live another day until they rectify this miscarriage of justice. Together they decide to seek their own retribution, hatching a plot to kidnap the man and subject him to the same monstrous acts he perpetrated against their helpless son.

Poll: Will you see The Tortured?

Crew: Who's making The Tortured

A look at the The Tortured behind-the-scenes crew and production team.

Production: What we know about The Tortured

The Tortured Release Date: When was it released?

The Tortured was released in 2012 on Friday, June 15, 2012 (Limited release). There were 7 other movies released on the same date, including Rock of Ages, That's My Boy and Your Sister's Sister.

Questions: Asked About The Tortured

Looking for more information on The Tortured?