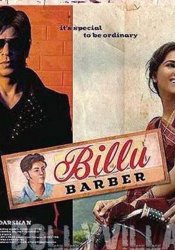 A humble small town barber with a wife, and a famous friend. Their unlikely friendship is rooted in Indian mythology about lord Krishna’s childhood friendship with mortal Sudama.

Poll: Will you see Billo Barber?

"The Warrior" , "The Namesake"

A look at the Billo Barber behind-the-scenes crew and production team.

Production: What we know about Billo Barber?

Billo Barber Release Date: When was the film released?

Billo Barber was released in 2009 on Friday, January 9, 2009 (Limited release). There were 5 other movies released on the same date, including Bride Wars, The Unborn and Not Easily Broken.